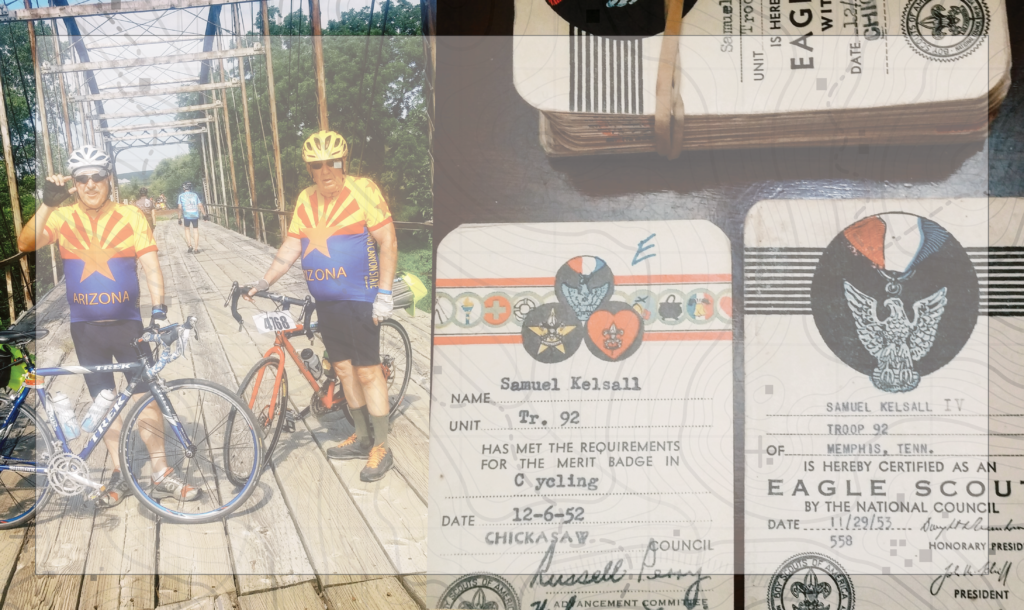 Sam Kelsall is an extremely energetic 82-year old attorney and Eagle Scout, who has a huge heart for Scouting. Sam was born in Omaha, Nebraska, and later lived in Memphis, Tennessee. He has been happily married to his wife, Edie, since September 7, 1960, and has three fantastic sons, Samuel V, Wade Alexander, and Shawn Russell. Sam is an active member of the Grand Canyon Council Board of Directors.

Sam was commissioned as a 2nd Lieutenant in the U.S. Army ROTC in 1959, and served two years as a Lieutenant at Fort Riley, Kansas, which happens to be where his grandparents on both sides farmed the land. Sam attended Georgia Tech, the University of Houston for undergraduate studies, and then earned his law degree at the University of Texas. His law career in general practice began in 1966, just two years after moving to Arizona. He recalls knocking on doors to find work and build his business. After taking his first — and last — murder case, Sam opened his own firm where his practice primarily concentrated on estate planning, probate, and elder law. He fondly recalls finding a partner to share the lease and secretarial expense. Sam recalls furnishing the office with items found at a furniture store with a “$0 down, and payments when they can catch you” policy. Of course, Sam made the payments without having to be caught!

Sam’s Scouting history runs deep! Sam achieved his Eagle Scout award in the Chickasaw Council on November 29, 1953. One of his fondest memories of this achievement was at 14 1/2 years old, when he completed his cycling merit badge. There were no cell phones or computer maps — just paper highway maps. He carried a WWII canteen for water This was at a time when it cost $0.05 to use a pay phone, and Sam recalls being told to call his mom if he had any problems on his ride. He was expected to be home before dark.

Due to his love of Scouting, Sam proceeded to work at Philmont Scout Ranch as a Camp Director and Ranger between the years 1954 and 1961. The Philmont Scout Ranch is the Boy Scouts of America’s premier High Adventure™ base, which challenges Scouts and Venturers with more than 214 square miles of rugged, northern New Mexico wilderness. Backpacking treks, horseback cavalcades, training, and service programs offer young people a multitude of ways to experience this legendary country.

After a break from Scouting for a number of years, Sam quickly resumed his service in 2015 on the Philmont Staff Association. It was important for Sam to go on a trek, so he paid his BSA membership fee, completed the intake interview, and off he went! Upon meeting Sam, Fernando Gomez recruited him to the Grand Canyon Council (GCC) as Finance Chair of the Central District. Fernando sure knew what he was doing! Sam is now the V.P. of Endowment, working with GCC to help raise funds to ensure the future of Scouting in Arizona.

Along with Sam’s love of Scouting, he also has a passion for riding bikes! His passions were clear after completing a 6-day trek at Philmont, immediately followed by a 7-day, 454 mile ride across Iowa in 2016, participating in RAGBRAI (Register’s Annual Great Bicycle Ride Across Iowa). Sam’s enthusiasm is second to none, and the GCC is fortunate that he uses it to raise money to support Scouting in Arizona. 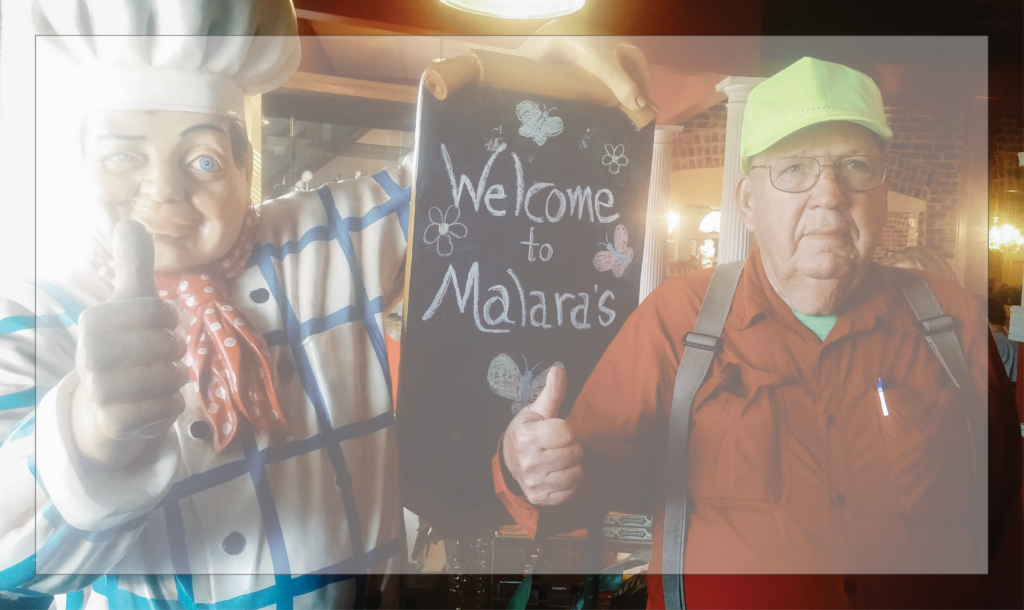 Sam understands that raising money to operate is key for all organizations. He believes that character, values, and leadership don’t just happen, and he uses his amazing skills to support GCC and achieve the goal of leading Arizona youth to be prepared and make the ethical and moral choices written in the Scout Oath and Law. Each gift, regardless of size, provides invaluable funding for GCC programs that benefit Scouts here in Arizona.

Donations provide a huge range of help from keeping the lights on at the Council office, bringing food to camps, providing equipment for various sports and activities, and protecting volunteers with insurance coverage. The true cost of Scouting can only be covered by the generous support of our community.

Sam’s training for RAGBRAI is time-consuming. This year, he began to seriously train in April, and has ridden a total of 240 miles in 12 days, averaging 20 miles per day. Sam’s goal for May is to ride 3 times per week, moving up to 30 mile rides for the first 2 weeks and 35 mile rides for the second 2 weeks. While Sam is out riding, please consider all the good things GCC does for the Phoenix area. Building leaders alone is worth the investment!

How do a bike ride in Iowa and a Scout Council in Arizona tie together?

Sam is participating in the 454-mile RAGBRAI event and hopes to raise money for Friends of Scouting along the way. Can he count on you?

Please consider tapping the link below to make a donation to Friends of Scouting. It will make you feel good, and it will be very good for our community!

Thank you for helping Sam raise money for the Grand Canyon Council, BSA!