Thank you for participating in the 2022 Scouting for Food Drive! Click here to submit your 2022 collection results. We will recognize our top units in the March newsletter based on your submission results! 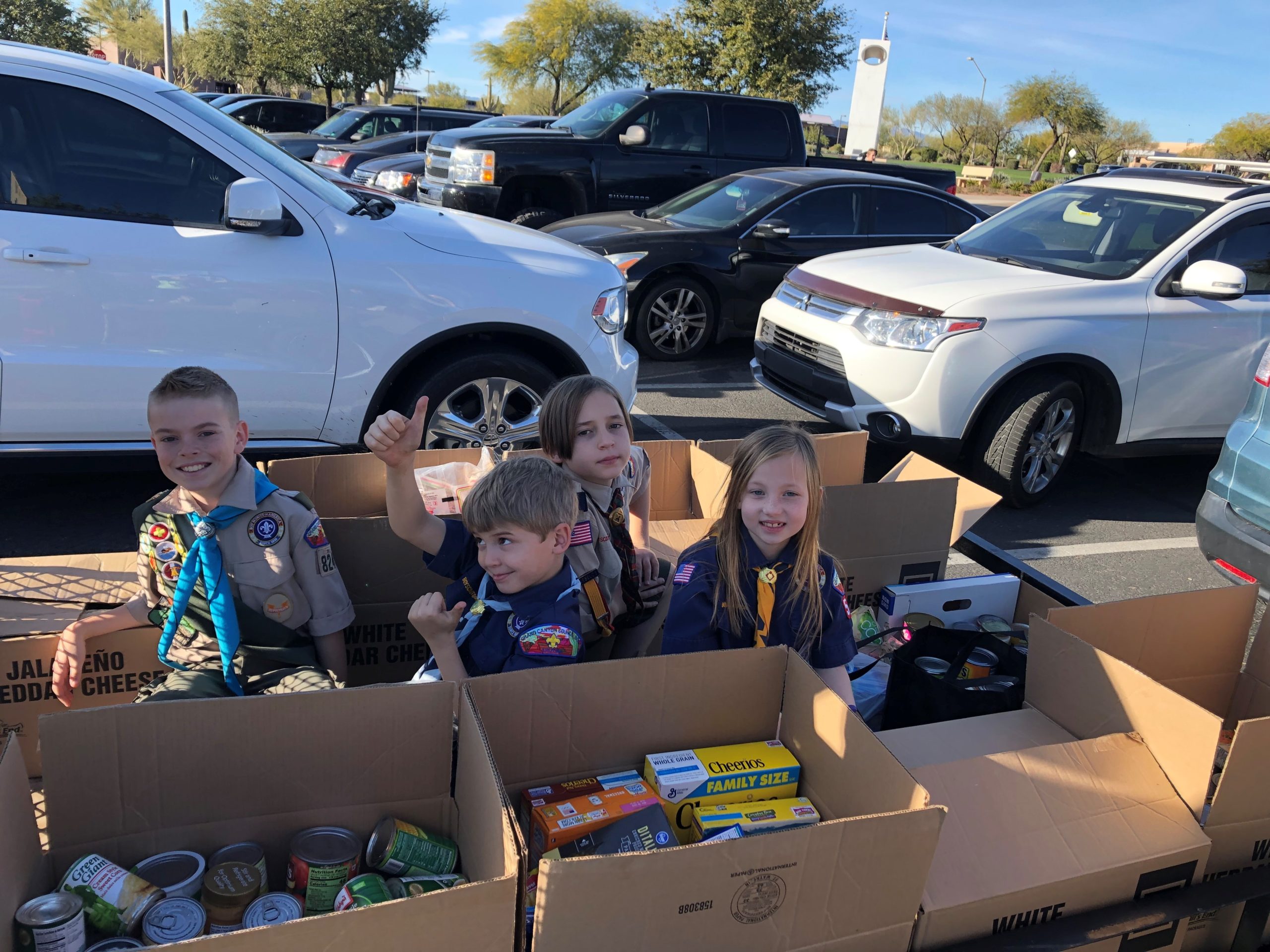 One in six Arizonans and one in four Arizona youth are affected by food insecurity, meaning that they lack access to food and/or are unable to feed the entire household on a daily basis.  Each spring, once the holiday season wraps to a close, Arizona food banks face their lowest rates of donations from the community.

Let’s show Arizona that Scouts can make a difference!

Scouting for Food is an opportunity for Scouts throughout the Grand Canyon Council  fight hunger in our communities. Scouting for Food is the leading service program for Boy Scouts of America and is a part of the national BSA program – Good Turn for America.

In partnership with local food banks, this council-wide service project will beginning January as Scouts distribute door hangers in their neighborhoods to announce the upcoming food drive. Days later, Scouts will return on the first Saturday of February to collect donations from doorsteps and deliver them to their local food banks and pantries.

We would love for each and every Scout in Arizona to lead by example and do their best to combat food insecurities.  Our goal is to collect 12 pounds of food, or approximately 15 cans of food, per scout. This goal would allow Scouts to provide 150,000 pounds of food to those in need! To aid in achieving success, we have provided a tool kit of resources at the bottom of this page to assist unit leaders and scouts in running an efficient, easy, and successful campaign!

Let’s do our best to support our community members who hunger! 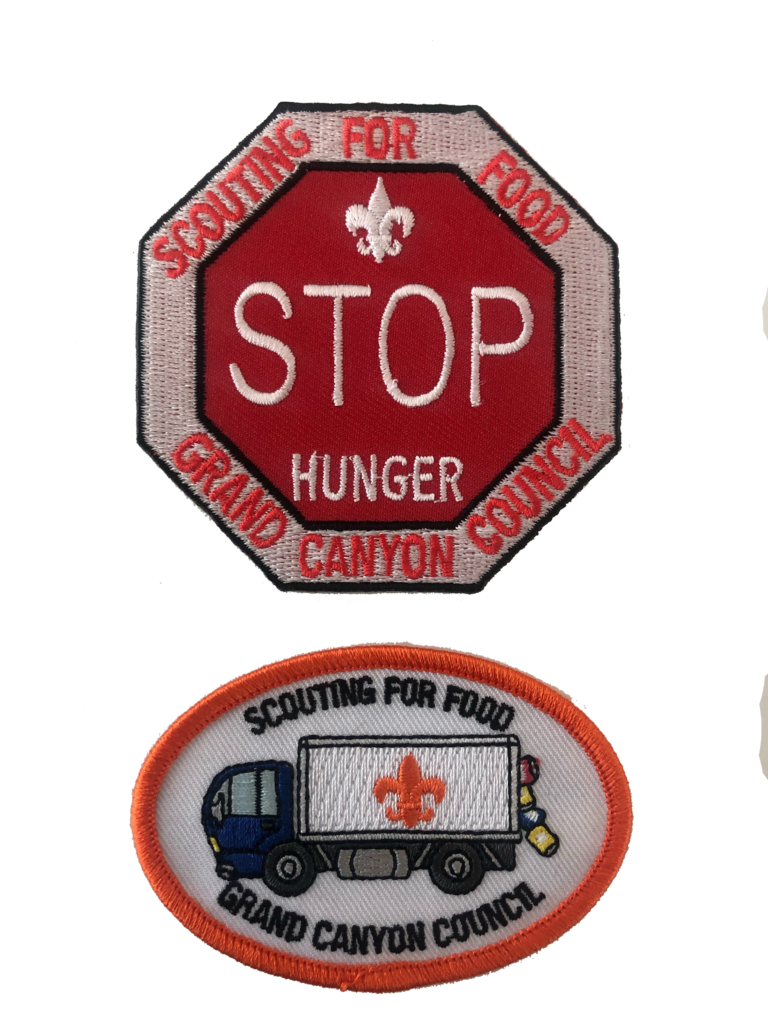 "Over the years, we have come to find that residents in the neighborhoods from which we collect actively look forward to the Scouting For Food drive. Supporting SFF is an easy way for the community to help out, and it leaves the residents feeling good for having done something for others. Scouting For Food is a win-win in that not only serves those in need, but results in residents associating Scouting with the good feeling they get from doing something kind. Such a positive public relationship is invaluable to Scouting." 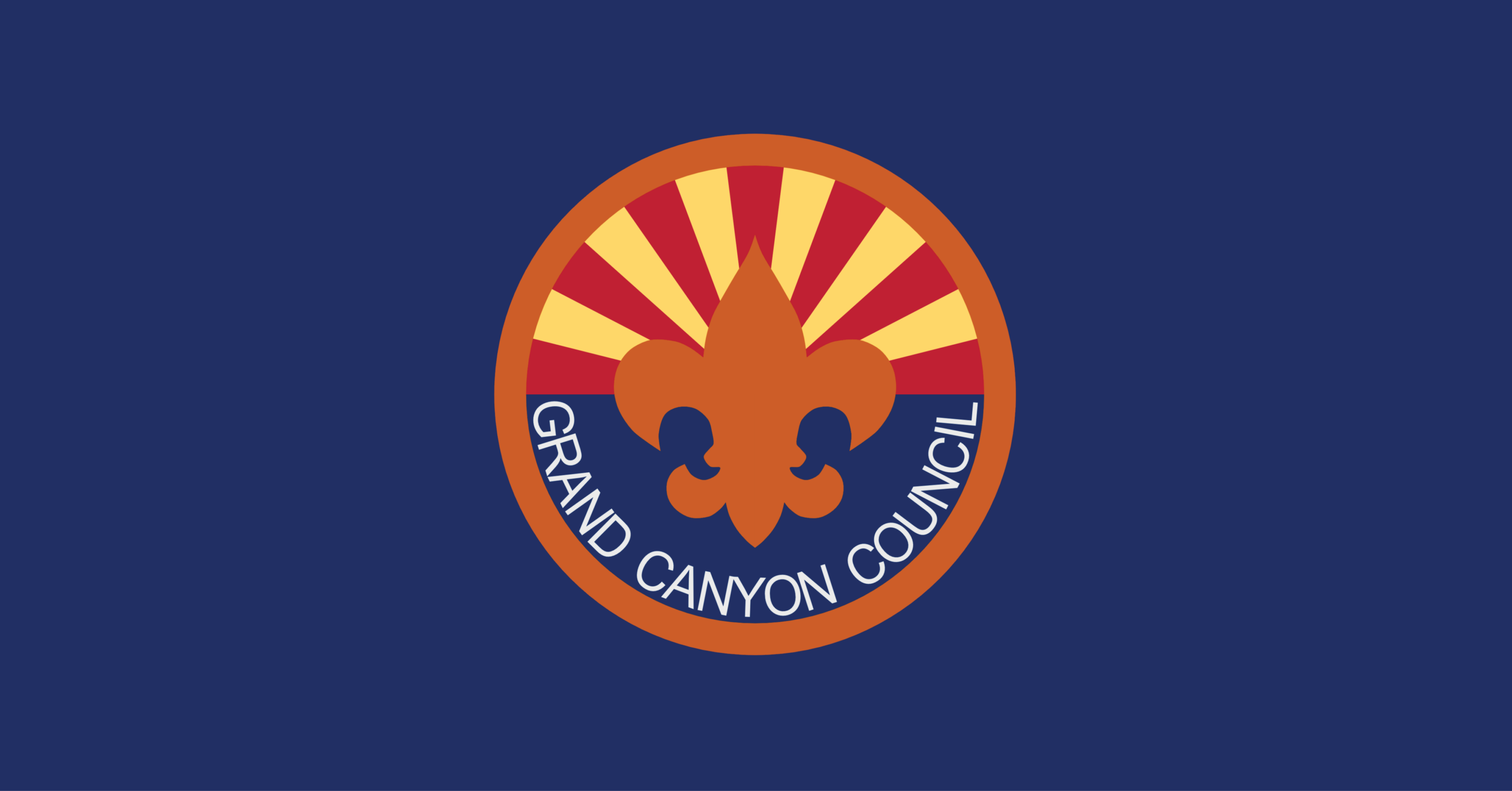 David HutchisonTroop 616 Scoutmaster
"We view Scouting for Food as a way to teach the Scouts selling skills. The thrill of getting donations is the immediate payback and helping the unfortunate is the long term, more meaningful payback."

Units may request food bins and pallets from United Food Bank to aid with sorting, organizing, and delivering your collections, or even set up a collections box at your chartered organization!

Click here for details on picking up pallets and making your delivery at the new United Food Bank location.

Please contact St. Mary’s Alliance to request collection boxes and crates to aid in your collections!

The Scouting for Food Donor Number is DN5717. Please make sure that all boxes that are dropped off to our warehouse have this number labeled on them. This will ensure that all Scout food gets tracked in the SFF account!

If your pack or troop is far from these locations, you are welcomed to contact local food pantries, which you can find through the link in the red box below.

Please be sure to contact your choice food bank during your planning stages to confirm when they are available to receive donations, as some food banks and parties are not open on the weekends and may require delivery during the week days, and to confirm which food types they are and are not prepared to receive.

Click here to find a food bank near you.

What can we do to be Covid safe with the 2021 campaign?

Scouts should be able to conduct a traditional Scouting for Food campaign with proper social distancing by taping door hangers to front doors without speaking to the homeowners. Scouts may also tape the flyer to the door, knock on the door or ring the bell, and take several steps back so that if the homeowner opens the door, the Scout can share details about the campaign and ask for support in the coming days when they return to gather donations.

Scouts should wear gloves when collecting the bags or cans left at the front door and carry hand sanitizer to mitigate risk of spread.

How does Scouting for Food benefit my unit and Scouts?

Our Scout Oath calls on us all “to help other people at all times.” Scouting for Food is one of the many ways that Scouts do that, it has a special place in the Scouting experiences of many. Additionally, one aim of Scouting is participatory citizenship; helping to take care of the community. When coupled with the promise “to help other people at all times,” collecting food for distribution to the needy gives units and Scouts a positive role in helping everyone in their community, not just the Scouts and their families. It also gives Scouts the satisfaction of participating in something much larger than themselves, of doing a good turn.

When asked, one Scout replied, “It feels good, because you’re helping somebody.” This act of service is a reminder of the power and importance of Scouting to our communities and also serves to demonstrate to those outside our program that Scouting is more than just outdoor adventure, according to our chief scout executive. It’s about developing character in youth so they can make a difference in the many places they call home.

Why are Scouts doing Scouting for Food?

The Boy Scouts identified hunger as one of five “unacceptables.” Missed or incomplete meals have their greatest impact on growing children, veterans, and the elderly. Hungry children often worry more about empty stomachs and empty refrigerators than they do finishing their homework. Food insecurity affects almost one in six Arizonans, a total of more than one million residents, according to the Arizona Department of Economic Security. This is higher than the national averages. Food insecurity means they may lack access to or the ability to afford enough food to feed everyone in their household.

According to data released in 2016, more than one in four Arizona children worry about their next meal. Sometimes free school lunches are the most dependable food supply for children, a shocking fact. Food collected in metro areas is often routed to more rural areas where the need is the greatest. Apache, Navajo, and Coconino counties had child poverty rates of 41%, 38%, and 35%, respectively, according to U.S. Census Bureau information released in 2016.

How can we participate?

Scouts can participate in one or more ways. The individual unit will decide which approach or approaches it wishes to take, but parents or responsible adults can place a collection box at work. Some units may choose to use more than one approach to collecting food, and that is probably the most effective plan:

How much food should we collect?

As much as you can!

A great starting goal is 12 cans of food per Scout, which works out to about 15 pounds. If each of our 10,000 registered Scouts collects 15 pounds of food we can deliver over 150,000 pound of food for the needy in Arizona. That will make an impact on hunger in Arizona, it will put Scouts in the eyes of the community, and it may even encourage some to join Scouting. We will know we have done something large and beneficial. Of course, Scouts are not limited to collecting 15 pounds of food. In fact, the more the better.

What kinds of food should I collect?

Participants should collect non-perishable food. These foods are listed on the door hanger, as well as through this link.

The best foods to collect include:

Where do we get door flyers for our unit?

Door flyers are available on this webpage under resources to your left.

You may use the fillable PDF to enter your unit number, chartered organization, and a leaders contact information so that missed donations may be collected the following week.

You may also use the Word document to edit the date(s) of your collection, add recruitment information, or customize the flyer as necessary.

Grand Canyon Council no longer prints flyers in bulk for all units to pick up from council. It has become impossible to predict how many thousands of flyers may be necessary for the entire Council, leading to excesses and shortages year after year. It is also much easier for units to add their contact and recruitment information then print out personalized flyers as needed, as opposed to handwriting them on pre-printed general flyers from Council.

How do we submit our campaign results?